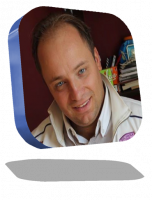 Savio Russo, Radio Derbi Web director since 1995, debuted as dee jay, and then enriched his career as a speaker,  events and shows presenter and host of many programs. A versartile character, he collaborated with several radio stations in central and southern Italy. Always attentive to new emerging artists, he always gives a space to new artists of the Italian music scene. His CHIACCHIERADIO airs every Monday from 1.30pm to 2.30pm. 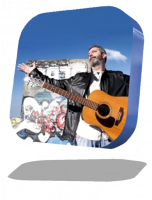 Luca Bonacchi, eclectic artist, passionate musician and songwriter of Tuscan origin, who expresses all his personality through captivating notes and intense melodies, characterized by lyrics with deep meaning. Always fascinated by the music scene, Luca Bonacchi explores this universe also as a speaker and airs the program CASA BONACCHI every Tuesday from 22:00 to 23:30. 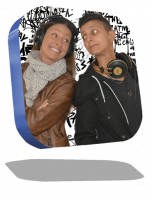 Both organizers of musical events, but also engaged in other artistic fields, Angela Mangiavillano & Barbara Cova land several years ago in the world of radio and for some years they air together. Their broadcast named FUORI DI CUFFIA (OUT OF HEADPHONES) airs every Wednesday from 8pm to 10pm and it's an funny and sparkling appointment, full of unlikely news, hilarious jokes, with a dash of cheeky joy, that infects the listeners. The program also includes an interview moment to emerging singers and a book corner, dedicated to young writers who can present their first work. 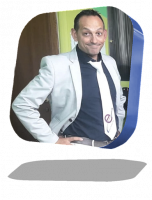 Usually we define people basing on their job. So  I never ask " What do you do?" at the first meeting. If I have to outline myself about me in 3 lines, I try remembering 2 men I respect. The first one said, "I have no particular talents, I’m just passionately curious," and his name was Albert Einstein. The second one said: "I prefer ideas to ideals, because living means having ideas that can beautify our existence and make it worth living": his name was John Lennon. Ah, my name is Marco Bellina, I live in passions and I always have a thousand ideas. 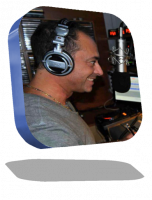 Andrea "Sgonz" Dell'Anno began his career in the world of radio when he was very young. He debuted in some FM stations iof his hometown, first as a disc jockey and then as a speaker. Ironic and witty, Andrea "Sgonz" Dell'Anno airs the funny WELCOME ABOARD every Thursday from 6pm to 8pm, in which he delights his listeners with a refined musical choice, ranging from the 80s to the present day. 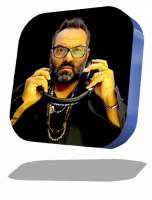 Stefano Fazzi, born in Lecce in 1973, approached the world of music as a child, listening to the radio in his room, but the real shock came when some friends brought him in a nightclub for the first time . He was 16 years old and the music pervaded him, a new world entered his heart and soon he began to learn to become a Dj. Its sound is influenced by 70-80-90 -House-Soulful-Jazz-Lounge, but with elegant and refined rhythms in the genre Orientaldeep-Chillhouse-Electroswing-Tropical, House, Dance ,Tech House.

Without music life would be empty 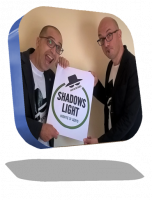 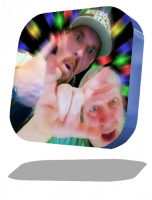 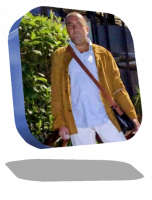 Home Contact us Something about Radio Derbi Web Staff